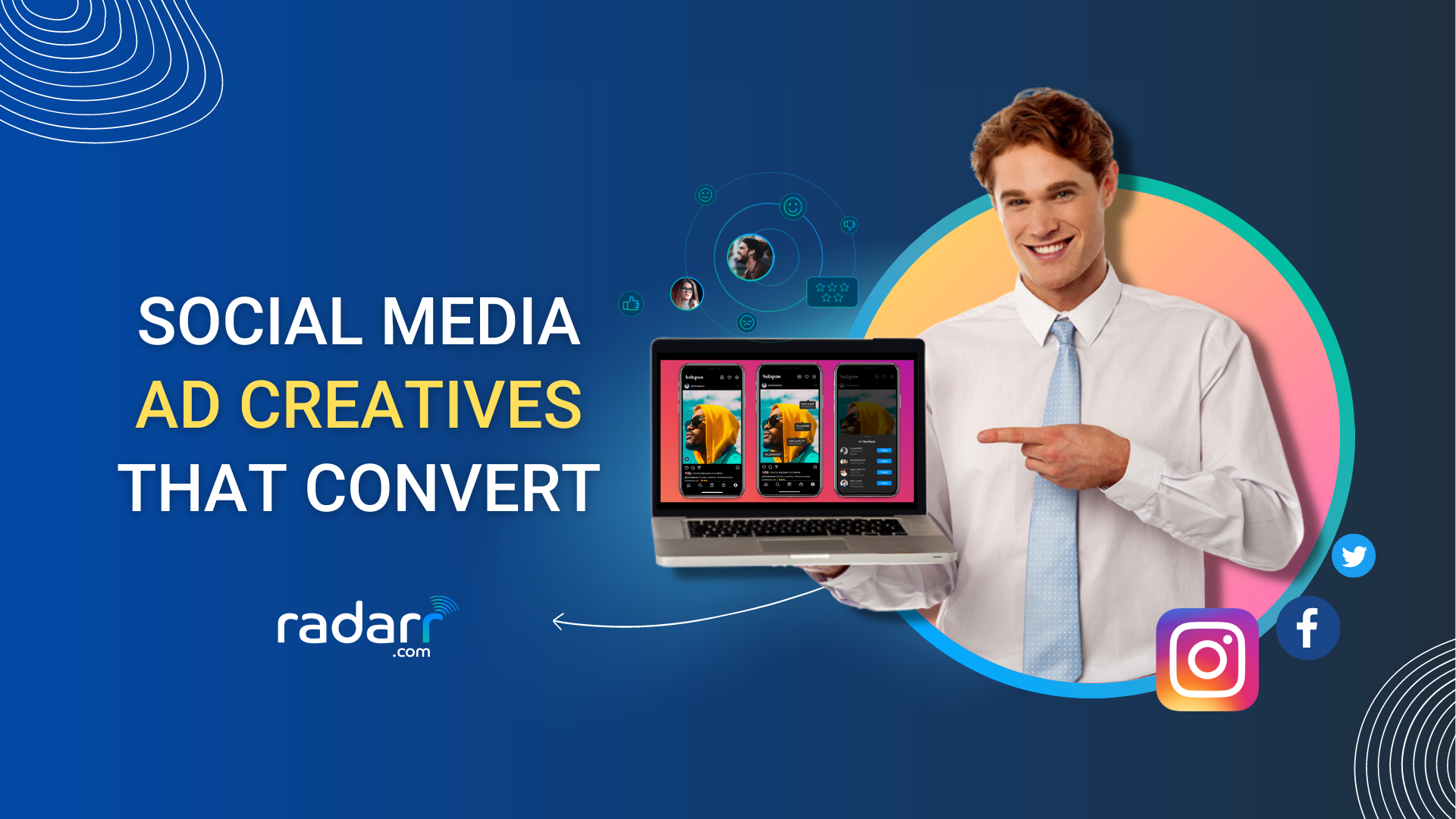 Social media platforms have entirely usurped traditional marketing platforms like television. TV ads used to reach a wide audience, but with very few personalization options. They used to cost too much.

But with the number of social media users skyrocketing, the amount of TV viewers has shrunk dramatically. But with more than 4.5 million users posting so much content on social media platforms, grabbing your potential customer’s attention has become harder.

Brands are now spending most of their digital advertising budget on social media ads. Social media ads had worldwide revenue of $153 billion in 2021. So how do you win in this insane competition? The answer is pretty simple — by standing out.

And one of the most effective ways to stand out on social media is by working with your ad creatives. Because how persuading your ad looks is as important as how good your offer is. Using attractive, engaging, and high-quality ad creatives takes the conversion rate of your campaigns to the next level.

Let’s dive right in to find out how you can create ad creatives that make your customer take the next step.

What Are Ad Creatives?

The ads served to users in the digital environment are called creatives. It can be an image, video, or other visual formats. These creatives must be added to line items for them to serve ads in a better way.

Wondering why they are so crucial for your social media campaigns? Here’s why.

Social media users don’t read as much as they used to a few years ago. And even the attention span of the audience is at its lowest. No matter how attractive your copy is, it’s not enough to “hook” the customers. And that’s where creatives come into the picture.

You can simply make your potential customers stop scrolling by using a stunning visual creative. And it works every time because:

These stats show why the competition for visual hegemony in social media ads is so fierce.

However, even after being one of the most effective parts of the ad, social media is still saturated for creatives. And for them to deliver what you want, you need to stand out. Let’s discuss more on this in the Social Media Ad Creatives That Convert.